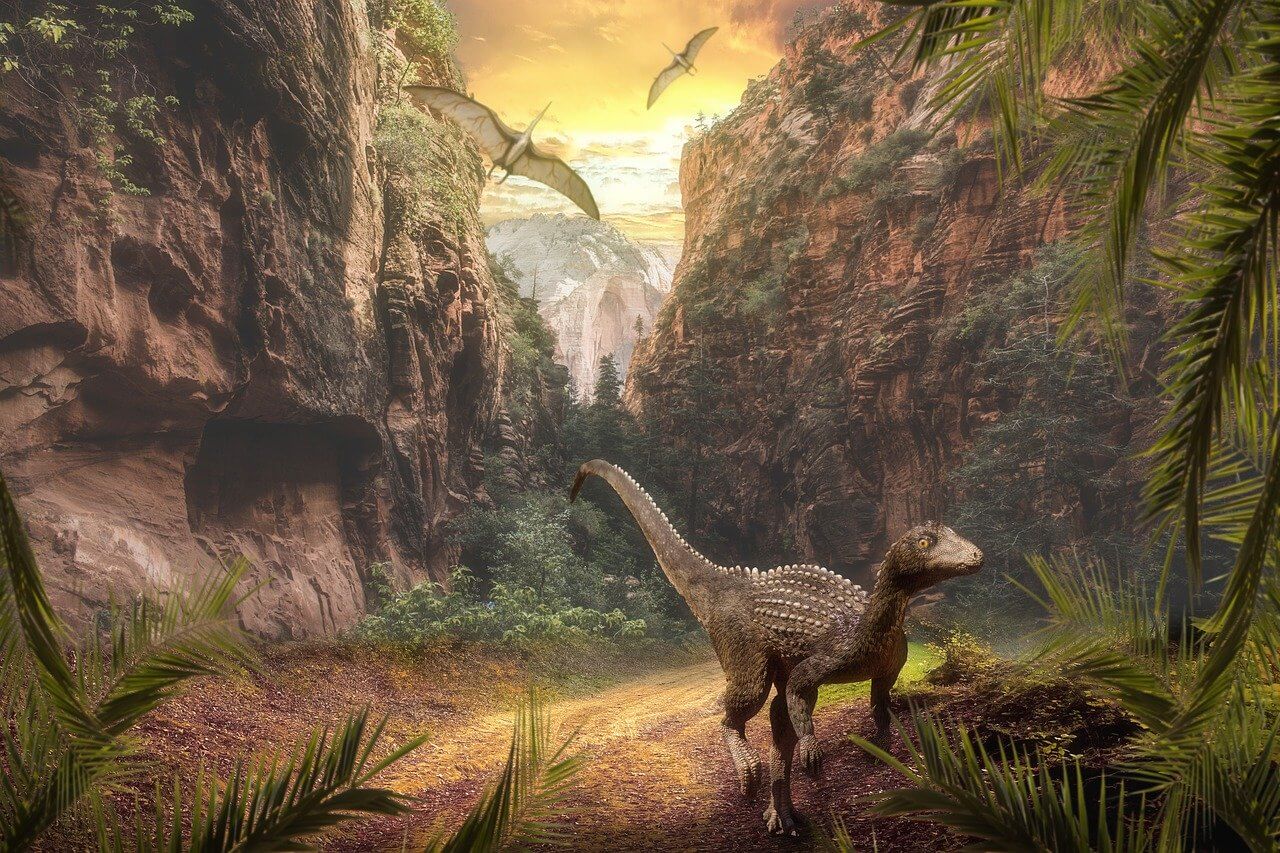 Go for the kill with Wild Dinosaur Hunting 3D, an action shooting game for Android. But beware, you are out to kill Dinosaurs, one of the most ruthless species to have ever lived on this planet. This open-world hunting simulator game is based on a huge Jurrasic rain forest where hundreds of dinosaurs roam freely. Your mission is to kill the bloodthirsty dinosaurs and survive for as long as you can. Your friends on this thrilling journey are a standard hunting rifle and long-range sniper rifle.

Different game modes, different dinosaur species to kill, day and night modes, hunting in the rain, upgradeable weapons and many more such interesting features will make this game your absolute favourite.

One of the most interesting features of this game is its open-world map that is based on a rain forest setting. The Jurassic world that you will be hunting on is huge and contains numerous dinos roaming around freely. Moreover, you get to explore some of the most scenic landscapes in this game that includes beaches, mountains, grasslands, and more.

Lots of Upgrades as you play

Wild Dinosaur Hunting 3D comes with a lot of upgradeable options. As you play the game and kill dinosaurs, you earn points which can be used for upgrades. You can upgrade your health which will increase your durability in the field and you will be able to resist rogue dinosaur attacks for long. You can also upgrade your speed that will help you hunt more rapidly. Your weapon strength can also be upgraded in this game that will be helpful with striking dinosaurs with more power. These upgrades can be done on various levels as you collect more points.

In this dinosaur shooting game, you do not get to play with just 2-3 species, but a total of 9 different species of dinosaurs. A variety of dinos make the game more realistic and fun to play; each dino has its own characteristics. The dinosaur species included in this shooting game are Velociraptor, Triceraptors, Tyrannosaurus, Allosaurus, Spinosaurus, Carnotaurus, Apatosaurus, Stegosaurus, and Ankylosaurus.

This amazing game comes with 12 different challenging adventure rounds to complete. Each round has its own missions that you need to complete in order to finish the round. You will need to clear around, then only you will be able to proceed to the next round and so on. The missions in these rounds will require to kill a specific species of dinosaur or kill a specific number of dinosaurs.

Hunt during different times of the day

One of the best features of this game that sets it apart from most games is that you get to hunt dinosaurs during different times of the day. The day modes available in this game are sunrise, sunset, night, and day. The realistic graphics of this game make it even more enjoyable and engaging.

Experience hunting in the Rain

The latest feature of the game includes hunting in the rain. Some of the game modes allow the players to go hunting in the wild while it’s raining. The visuals generated during rain simulates realistic rain conditions making it hard to score a kill.

Anyone can play Wild Dinosaur Hunting 3D for PC by using an android emulator. There are several options that let you run Android apps as well as games on PC without much effort. All you need to do is download and install an Android Emulator on your PC, then install the game on the emulator to be able to play it. Here are some of the best Android emulators for PC: Bluestacks.

What makes the game even more interesting is the attacking dinosaurs. Mind you that these are not just dumb dinosaurs. If you come too close to them and fire, the targeted dino or the surrounding dinos may charge and attack you. You can outrun the dinos but not for long, so be mindful of using the guns near the dinosaurs. It is always a good move to hunt them from a safe distance and use the sniper rifle wherever possible.