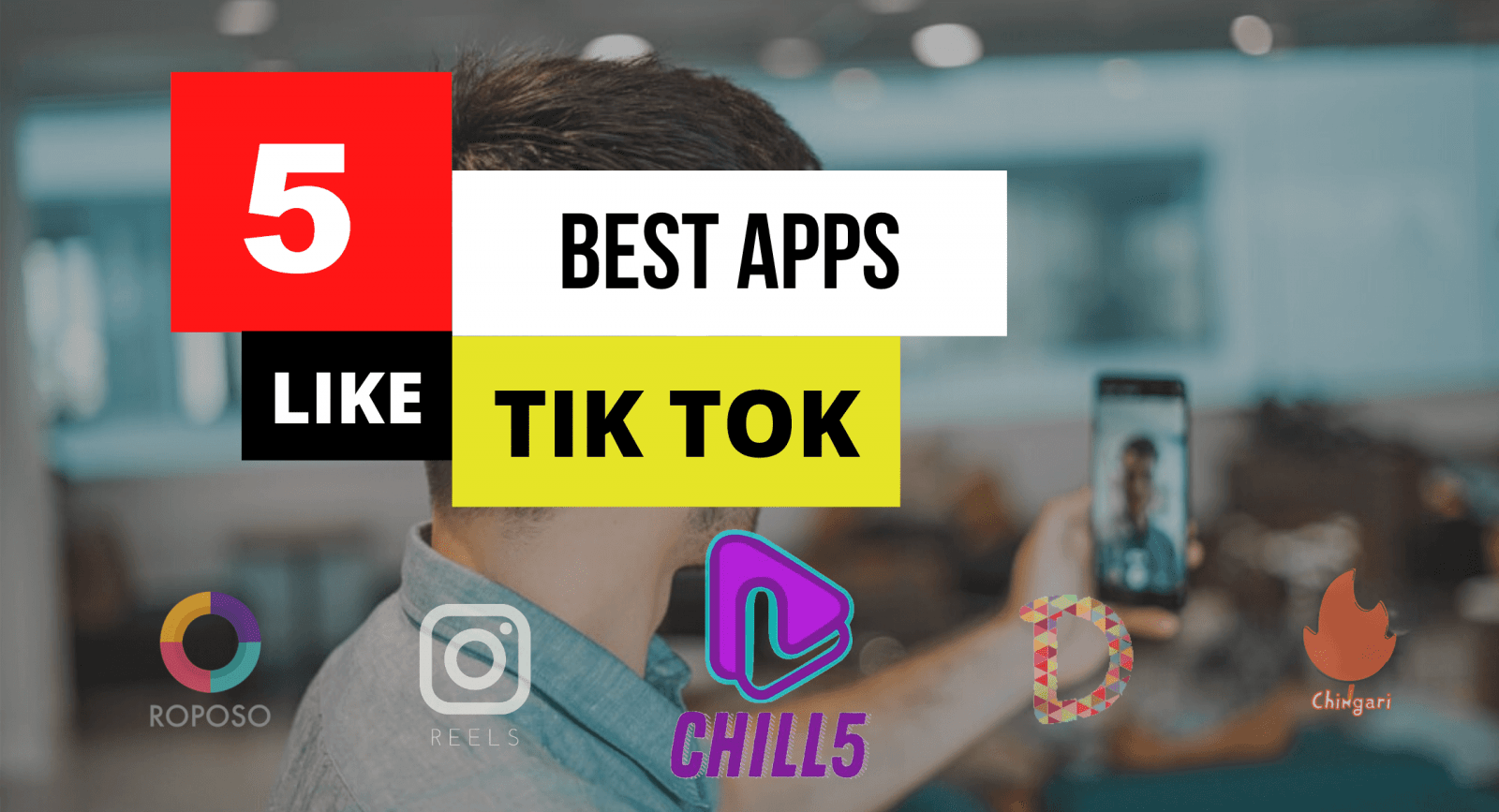 TikTok is a short video creating and sharing platform. It has over billions of users and millions of content creators from all over the world. TikTok was used in the name of Musical.ly before and after being bought by Bytedance it was named TikTok. TikTok is also been consider and some been an Alternative for social media giants like YouTube, Instagram, Facebook, etc.

With all that being said recently TikTok has been banned in India due to some security and data breach. This ban has been a major setback because TikTok in India has over 661 million users which is a greater number as the second-largest user base china has only 196.6 million users. Since the ban, it’s been the talk of the world that what would the next best alternative for TikTok?

Let’s see some of the best alternatives for TikTok which is not as same as TikTok but it worth giving a shot.

Here is the list of incredible short video apps,

Chill5 is a video creating and sharing platform that is made completely in India. It has almost every feature a short video app needed like lip-syncing, Clap (which is the new way of like in Chill5), comments, Share, Filters, Slo-mo, etc. Apart from TikTok, it has a trending section that features the video trending in Chill5 on a Daily and Weekly basis. Also, it has an easy to use smooth and clean UI with a rich user experience. All you need to do is sign in with your Google account, create a video, and chill. Right now it is available only on Playstore for Android users and the developer has reportedly said that the iOS version will be in no time in the App store so brace yourself, iOS users.

Roposo is another Indian made TikTok alternative. Also, it creates a great impact on short video sharing apps. Just like every other short video app you can create and post videos on Roposo. Along with that, you can also earn money on Roposo based on the popularity of your video. It also has some cool filters and effects to enhance your video and much more. It is available on both Android and iOS devices.

Dubsmash is the one of the greatest Tiktok rival app from the beginning. You can do almost all stuff that Tiktok provides like lipsync, effects, filters and many more. It created a great impact among the users at the start of the app. If you are looking for a Tiktok alternative it can be added to your choice. It is available on both App store and Play store.

Chingari is a short video sharing platform that is also completely made in India. It has features like Filters, effects, like, comment, share, and many more. You can watch the video in Chingari based on categories like Entertainment, trending, funny, etc. In addition that provides a great UI and user experience. It was available on Android, iOS devices, and the Web.