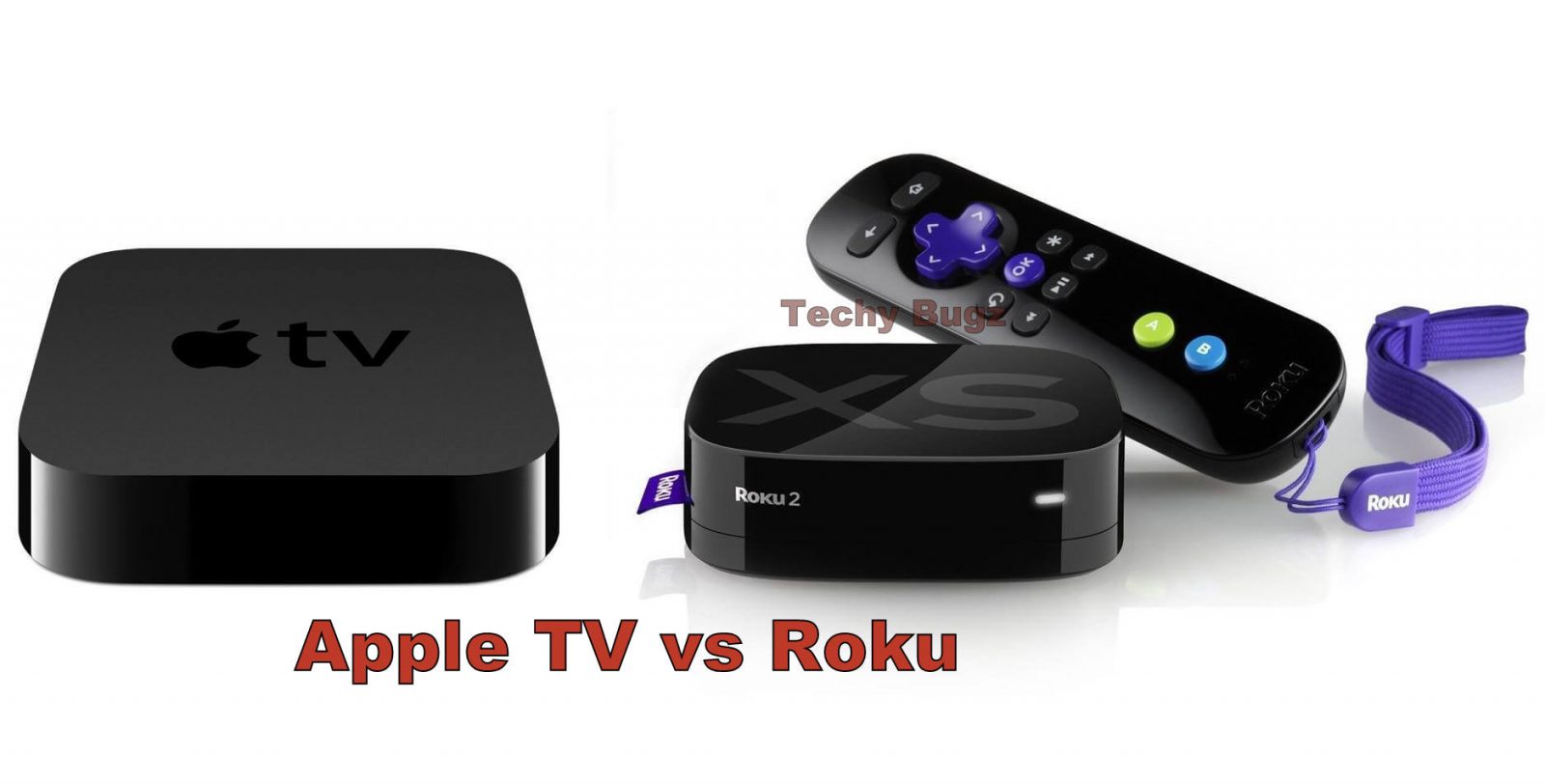 Just switch from traditional cable television to an internet-based option now it has become easier than before. In the market, you can see numerous live TV application, and it has countless compatible streaming devices currently on the market. Where you can stream media players such as Roku and Apple TV which have a wider selection of apps, it has a better interface with that; it is the more frequent software updates than Smart TVs. In the case, if you want to easily stream all favourite shows and movies in HD without the help of any cable subscriptions. Here we will say the difference and the similarities of Apple TV vs Roku.

Related: Plex vs Emby – Which is the best media center for Streaming?

Comparision of Apple TV vs Roku

Here we are going to explain the advantage, similarities, difference and the features of Apple TV and Roku.

Here we are going to explain about Apple TV. The Apple TV is one of the best and pricier streaming device that you can buy. The device that starts from $149, where the device is designed with 32 GB and 64 GB configurations. It is one of smaller variant, and it will work just fine for most, but the users are planning to store lots of videos, games, and apps on its hard drive for that you should spend the extra $50 on the 64 GB version. Moreover, this Apple TV is quite useful for the people who use iTunes and who purchase a lot from it, because the iTunes cannot be able to support for any other streaming devices. They like the devices that used on your TV app where the single sign-on will automatically log you into all the streaming apps, which come in your cable subscription.

The Apple TV has the ability to download and install several games and the live TV apps, that includes Sling TV, PlayStation Vue, DIRECTV Now, and YouTube TV. Moreover, the apps for Apple TV is not much expensive like Roku. The Apple TV does not have the ability to support for Google Play Movies & TV, with that, the music stream apps like Spotify and Google Play Music. Later Apple has announced that it can support for Amazon Vidoe and VUDU, but these apps have been available on other devices for a year now. The most advanced feature of the Apple TV device is AirPlay. In the case, if you have an Apple TV, you can use this feature AirPlay where you can stream video, music, and some apps on your HDTV.

Then it doubles as a way that you mirror your Mac display. Some of the features like this are quite easy, and it has an easy HomeKit integration, and it makes it a great choice for the users that like to be tied to Apple’s ecosystem. The interface of the Apple TV is gorgeous, but it is not as intuitive as Roku. Moreover, the Apple puts a higher priority on selling its content, instead of paying for other shows and movie from different Apps use Apple TV. Most of the users are not the huge fans of Apple on-screen keyboard. Fortunately, you can input some text with voice or use a Bluetooth keyboard.

Roku is one of the excellent streaming device, which allows you to stream all sort of videos and music, plus play games. Moreover, the Roku application that offers you the customizable interface and it is quite easy to use, and it has the ability watch with your headphones, with that, you have an option to mirror your smartphone or tablet’s display. Where you have different varieties of Roku streaming devices, but each may vary in price and set the feature. When you compare Roku with other streaming devices, Roku developed with the widest selection of content. The streamers of Roku allows you to access nearly 4,500 channels and apps that include Amazon Video, Google Play Movies & TV, Pandora, Showtime, Spotify, HBO Go and Now, WatchESPN, YouTube, and Vudu. The Roku service cannot be able to access three major services they are Google Play Music, Apple Music, and iTunes.

Spotify vs Apple Music – Which is the best Streaming Software?

Plex vs Emby – Which is the best media center for Streaming?