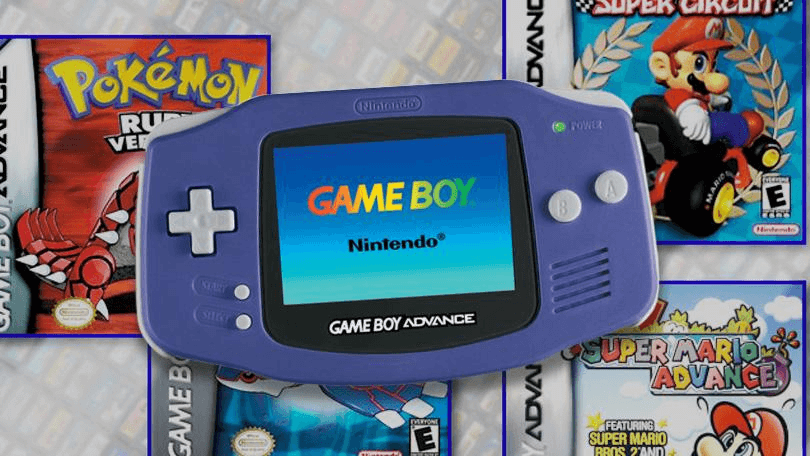 With its arrival at the end of oh-so-nostalgic 80s, Game Boy became a mark of a new gaming epoche. That was clear both from its incredibly successful run in its home country, Japan, and from the international sells numbers in the United States.

Those who never had a Game Boy, still remember that time with some remorse. It feels like you missed a chance to be a part of something big, and never got to be a part of a legendary trend.

If you are in the club of those who missed out on the original Game Boy Advance, there is no reason to get upset yet. Not many people could predict it back in the day, but it seems, BDA is coming back at all its former glory, thanks to emulation. By installing a piece of software on your computer, you can play gameboy games online without ever having a Game Boy.

Despite popular myths, the emulated experience doesn’t feel like a demo-version at all. In fact, when you use your computer instead of a console, you also gain access to a lot of additional features, that were simply impossible in the vintage console. Here is just a shortlist of some upgrades that come in a package with an emulator.

Emulation not only resurrects the old hardware but also tremendously enhance it. You barely use any of the available features but also get some excellent additions. No losses just win.

Now that we’ve established that emulation is certainly not inferior to the original gaming experience, there is another lingering question. Is emulation really prohibited by law? What’s considered piracy and what is not, and what would the punishment?

So, let’s start assessing the risks and tear down some stereotypes and misconceptions along the way.

Emulation in itself is absolutely allowed. Problems arise when you start downloading unofficial ROMs, which is often the only way to get the game, considering that Nintendo stopped the official distribution of old titles.

First thing first, let’s get one thing straight. The fact of deleting he pirated read-only-memory file after 24 hours technically does not free you from the responsibility. The US law protects copyrighted materials during 75 years. Whether you delete the file or not, the fact of you downloading it hasn’t changed. So, technically, there always is a legal precedent for a punishment – at least, in theory.

However, in reality, a lot of gamers prefer to risk it and stat emulation anyway. The reason for this is simple: the chances of receiving punishment are minimal, and the benefits are, on the other hand, quite significant. However, those who’d rather be conscious about the law can simply buy a game and download the emulator.

No matter how great the console is, these are games that make it truly legendary. Even though GBA had a fair share of mediocre titles, a lot of its games were also masterpieces, and it’s no wonder that they are getting popular now.

We’ve analyzed the statistics from multiple emulator websites and made a list of gameboy advance roms that are becoming trendy again. We suggest these for you to check out immediately before you start exploring rarer titles.

Compare to other titles on the list, it’s a relatively new game that was released in 2005. The game was among the first ones that required players to twist the console; it also used an extra-sensitive sensor for performing in-game actions.

Now, a few words about the plot. Imagine that you are a little boy, Wario, who got discouraged by playing an incredibly tricky game on GBA and threw it against the wall. No surprise, it got broken (that’s also how you know to never repeat a similar feat in real life). Luckily, he knows a certain doctor Crygor who works on repairing the device. He does, indeed, only now the console has to be tilted.

From this point on, you’ll help the boy to get scores on various mini-game with their plots and objectives. This game incorporates dozens of others, all in a single title. The story mode follows the progress of Wario and his transformation into a superhero.

What we like about the game’s emulation: new software has even higher tilt sensitivity, which makes the experience smoother and more enjoyable. It’s full of surprises ad unexpected turns. The plot is somewhat quirky, but that’s what achieves the unpredictability.

No matter what console or emulator you’d choose for this one, the game will still be fascinating. The thing is, gameplay gimmicks or technical characteristics are secondary in this one. The game is saturated with mind-wrecking puzzles that will challenge even the most experienced players.

It’s a turn-based technical strategy that back then was known for its colourful graphics and rich character designs. With time, we’ve seen much better designs, and the realism has grown tremendously, but the strategical aspect still is considered to be unmatched by many. The deep mechanics of tactical battles, complicated maps, and rich lore – these aspects still seem great and make the game worth returning to.

The plot is simple: you are the commander of the army and your objective is to defeat an enemy with minimal loses. The strategic goals are determined by maps. Some require you to capture a city, playing the offensive card, while others are focused on defensive tactics instead. The best thing is, these maps are based on real-life military operations, making the decision-making much more complex and complicated. Even though now the graphics seem far from being realistic, the background behind each of the mission has a real-war-like storyline.

For completing missions successfully, players receive badges and scores, unlock new maps, and upgrade their armies’ capacities. Also, the game provides you with rich statistics on the number of defeated enemies, fought battles, and unlocked maps. You can walk down the memory lane of your game experiences, reliving each of the battles and contemplating made decisions.

What did we like about the game? The game supports multiplayer and allows players to participate in collective battles together or fighting each other. The settings and upgrades are really complex, allowing users to boost your army according to a particular mission’s objectives.

The possibility of playing Super Mario is already a reason enough to download a GBA emulator. It’s worth checking out hem all, but if we were to define a single winner, it would surely be Yoshi’s Island edition. There are so many loveable aspects of this title – how it combines various elements of adventure games and goes beyond what we used to see in typical Super Mario games.

Here, you have 48 levels on six different maps, different by their designs and available challenges. Flowery fields, high rocky mountains, carousels, city streets, and forests – the settings are versatile and fun.

The same biological diversity is typical for your adversaries. Here, users get to fight dinosaurs, giant bugs, and hostile plants. These peculiar threats are fought with unusual weapons – you can use carnivorous plants and employ hostile species. The plot is really unique from a storytelling perspective, but it doesn’t lose the scientific grounds. For those who enjoy seeing exact details in-game plots, this Super Mario is a precious treat.

The task is simple: don’t get hit by an enemy; otherwise, Mario will be kidnapped. If that happens, too bad, you just lost.

What did we like about the game? This Super Mario is creative and diverse. It’s different from the majority of Super Mario titles, but still preserves that classical filed of the franchise. It’s a perfect introduction to the series – even those who previously remained unimpressed by the title.

If previously mentioned games represent typical aspects of GBA games – colourful interface, racing, tactics, fighting, this one is special. Mother 3 combines horror Spielberg-style undertones with an inquiring storyline. The plot is as precious as any modern game could be, and that’s perhaps why the game has inspired an almost cult following.

It’s a well-written story about a psychic boy who has to stop the world from ending. A typical premise, at first glance, but as you start delving into the rich world of well-written characters and complex lore of the universe, it becomes apparent that the game is far from ordinary.

Sure, now it might not feel as much of a sensation as it was back then, considering that we have seen a fair-share of well-written titles. Still, even now it undoubtedly withstands the competition well.

What did we like about the game? Players control four characters and explore the story from different points of view. The soundtrack adds the dark feels, and simple dark coloured design creates a hostile atmosphere. The simplicity might be the reason while the game feels so scary at times – you get just enough details to get scared but still not grasp what’s happening.

The console was legendary at its times, and the emulation does its best to bring out the best characteristics, enhancing the user experience, adding new features and simplifying the interface.

Game Boy Advance titles will keep your nostalgia alive, with legendary franchises and long-standing series. Fans of Pokemon and Dragonball will feel especially privileged – the console is a home for rich series of games, based on these fantastic anime.

You are never too old to have some fun with GBA, and maybe, even introduce your kids to some gaming classics.

How to Install Kodi on Chromecast Using Android Devices