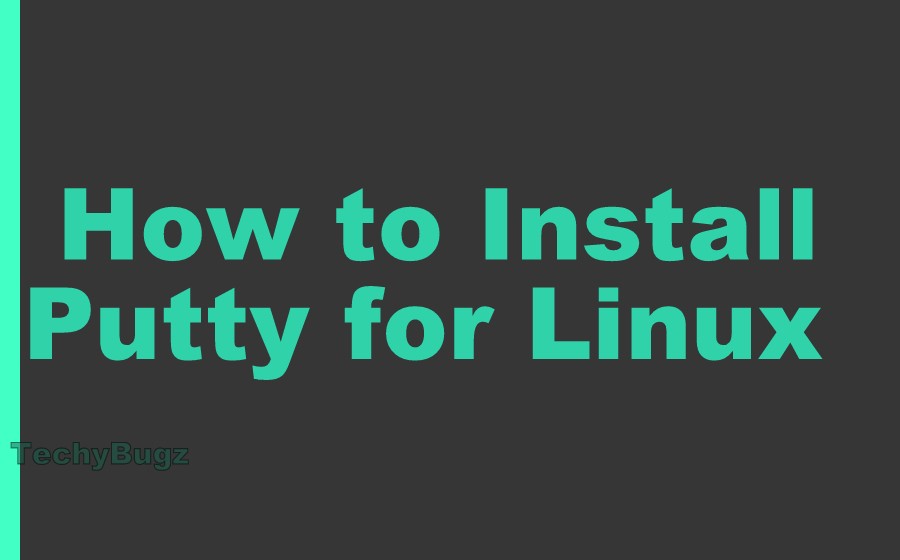 PuTTY Linux version is a graphical terminal program that supports all the SSH, telnet, and rlogin protocols. This SSH, telnet, and RLogin protocols are used for connecting to the serial ports. PuTTY Portable is used to connect the raw sockets, typically used for debugging use. Most people will just use the preinstalled OpenSSH in the terminal window on Linux for SSH access. The primary use of Putty on Linux is probably debugging the connection to the raw socket and it also helps you to connect serial ports. Moreover, PuTTY is a popular and fresh SSH client, and it is used to take the console and remote access an operating system like Linux, Unix, Routers, Ubuntu, and more. The app also helps you to support various networking protocols for connecting the system such as FTP, Telnet, SSH, SCP, SFTP, RLogin, RAW, Serial, and more. It can also be used for Ubuntu here we offer you some methods to install Putty for Linux and PuTTY for Ubuntu.

Related: How to Install PuTTY for Mac?

How to Install Putty for Linux or Ubuntu

Here are the steps on How to Install PuTTY for Linux or Ubuntu:

Step 1: Before you start the installation of PuTTY you have to update the packages and the repositories of Linux or Ubuntu.

Step 2: Now you are ready to install PuTTY free SSH client on your Ubuntu or Linux. To install this app, there is no need to get any of the third-party PPA repositories because it is a universal app so you can get it directly from the default repository of Linux.

Step 3: Now the PuTTY SSH client package has been installed successfully. You can verify whether the app is installed or not.

Step 4: You can launch the PuTTY SSH application, enter the command putty on the shell prompt. By entering the command, the Putty SSH client application gets opened.

Step 6: Then the PuTTY app will ask you to confirm the connection for Security reasons. Just make a click on the Yes button to continue.

Step 7: Now you have to connect it to your remote computer. To use the app, you have to provide the Username & Password for authentication.

Step 8: You have to open this application using by just searching on your computer box.

Related: How to Install PuTTY for Windows

VPN for Android | How to Setup and Use VPN on Android?

How to Install PuTTY for Mac | Client for Remote Shell Protocols