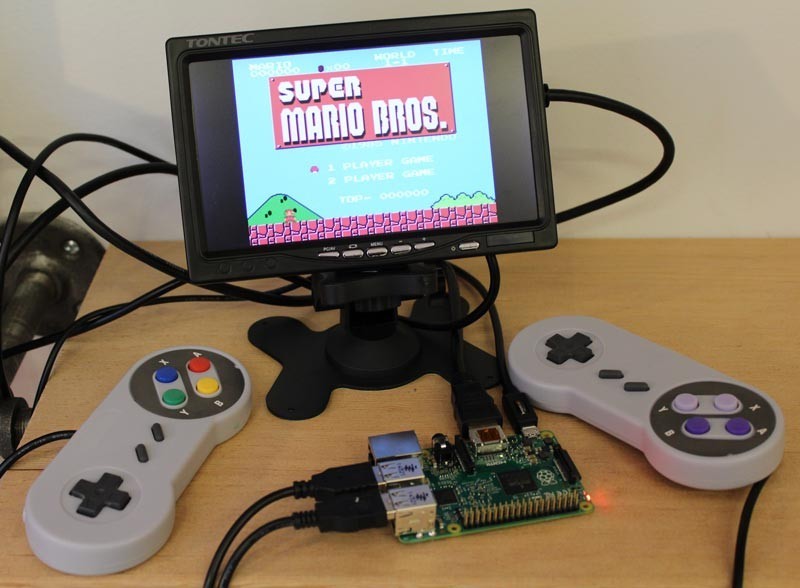 The Raspberry Pi is a small device, but it’s very powerful – especially when you compare it to the bulky computers of the past. The modern video games far outstrip the Raspberry Pi, Some older models such as Nintendo Entertainment System or Sega Genesis are weaklings in the comparison. This is what makes the Raspberry Pi more than capable of playing the retro games, and the team behind the RetroPie project have developed the way to help you do exactly that. Installing the RetroPie on the Raspberry Pi provides you with the ability to emulate a ton of old video game systems, It turns your Raspberry Pi into an ultimate retro gaming machine. Here you can learn more about the Raspberry Pi Retro Games:

Retro Games on the Raspberry Pi: What Games You Can Play

The entire list of emulators included with the RetroPie is definitely massive. We have given some of the highlights below, but there are considerably more than just these. Suffice it to say that if you want to play the retro games on your Raspberry Pi, then just follow the steps given in this article

You can also get the direct ports of famous games such as Cave Story and Doom.

How to Play Retro Games on the Raspberry Pi RetroPie?

In order to show you how to play retro games on your Raspberry Pi with RetroPie, we have to let you know a few different steps. The First thing you have to do is install the RetroPie, which is a kind of operating system which includes the EmulationStation – which is itself a powerful group of emulators.

Then you have to tweak a few settings, including Wi-Fi and the controller settings.

Now you need to add ROMs. Emulators run video game systems as the virtual machines within a computer, and ROMs are the game files themselves – the cartridges or discs to the emulators’ systems if you will.

Things You Need for the Setup

The first thing you need is the Raspberry Pi, a monitor/TV, a power source, and a way to connect to it, and the peripheral such as Keyboard and mouse, for the setup, you also need some other things.

How to Install RetroPie?

Installing the RetroPie is always pretty simple, but it is easier than ever now. Just follow the steps given below to install it.

Step 1: Download the RetroPie and unzip disc image
You can find the latest version of RetroPie here. Just download it to your computer. It is downloaded with the compressed .gz format, You can unzip it with the WinZip or some other similar program so that it ends with just .img.

Step 2: Now extract the RetroPie disc image to your microSD card. You can do it with the Win32 Disc Imager, Just open the app and select the .img file and the correct disc ( that is your microSD card).

Step 3: Then put your microSD card in the Raspberry Pi and boot it up. Have your USB controller plugged in, because you will be setting it up next.

How to Set up RetroPie After Installation?

Now the Raspberry Pi is running the RetroPie, You need to set up the internet connection, you will need to get the games moved over and to install any future RetroPie updates and the gaming controller.

Step 1: Set up your controller, If the RetroPie detects the USB controller, It requires you to set it up before you do anything else. To set the button value, simply touch the button. Then the menu will move on to the next value as soon as you enter something for the first. if you are using the simple controller, you can end up double-assigning some buttons. If you are looking for emulating more recent systems, then you may need to opt for the controller with all the buttons you need, such as the PlayStation 4 controller.

Step 2: Set up Wi-Fi, Now go to the settings menu and scroll down to the WiFi option, there you can choose your wireless network and then enter your password, that’s it you are connected to your WiFi.

ROMs are a little bit of a legal grey area, but you are only supposed to download ROMs for the games, which you already own in a physical media form. With that, we will let you get the ROMs to your computer yourself. You can get them on your Raspberry Pi by following the steps given below.

Option 1: Use the external hard drive or USB drive. This is the simple way to get your ROMs to your RetroPie. Just put them all in the folder called retro pie and put that folder on your USB storage device. Then plug it into your Raspberry Pi and copy them.

Option 2: Transfer the files over your network. Using your network to get the ROMs to your RetroPie is a little bit difficult, but the newer versions of the system have made it very easy. Just go to your file manager on your computer and look for the shared folders. If your RetroPie is connected to your network, you can see the folder called RetroPie (if it doesn’t show up, type the address into the address bar directly: \\RETROPIE for Windows or smb://RETROPIE for Mac).

Once you have seen it, simply drag the ROMs into the folder. Done!

Related: How to Connect Raspberry Pi to WiFi Network?

Related Topics:How to play retro games on the Raspberry Pi with RetroPieHow to set up RetroPie After InstallationRaspberry PiRaspberry Pi Retro GamesTB
Up Next