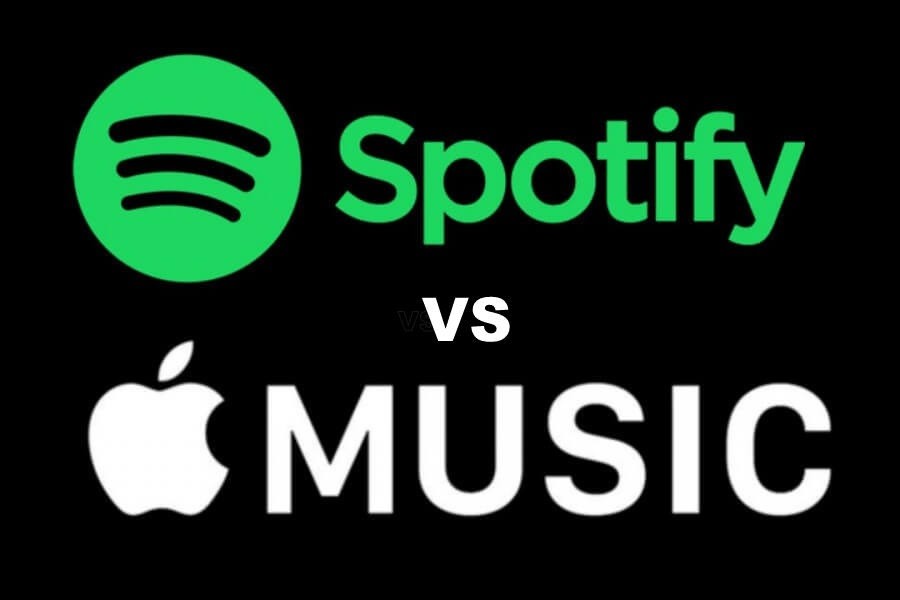 The Spotify and Apple Music are prominent and dominant music players in the streaming music industry. Spotify music player has announced that it has nearly 75 million paid subscribers and it has 170 million active users. Then now Apple Music has reached nearly 40 million subscribers. It clearly says that both the companies where reached the consumers. Moreover, the music streaming industry has revitalized its music business. When we came to reality, both Spotify and Apple Music were excellent music streaming service. Spotify’s ubiquity and social media integration help it to be the leader in streaming music. Then the Apple music’s cloud locker, live radio and the deeper Apple devices integration will make it a worthy competitor. The Apple Music will compel enough to the warrant switching, and then the Spotify’s gaming console will be quite useful and supportive to keep the users on Team Green. Here we are going to say that Spotify vs Apple Music and their differences.

Related: How to Use Plex on Your Amazon Fire TV?

Comparison of Music Library between Spotify and Apple Music

The streaming services Spotify and Apple Music has an extraordinary and massive library. Here the Apple music player claims nearly 45 million tracks against the Spotify, and it has more than 35 million songs. When historically says that Apple is more adaptive and it offers high-profile albums like Chance The Rapper’s “Coloring Book” and Taylor Swift’s “1984” and it is windowed-exclusives, it says that they can hit other services eventually, with that, they haven’t been done many recently.

Some of the users were criticizing this practice as bad for fans, in the case, Spotify object to deal with exclusives and it says that the user has to develop some patience over the year. The report that suggested by the recent contract of renegotiations between Spotify and some other major record labels will head to some of the services that put a paywall around certain new releases, and it will be seen soon.

Comparison of Music Quality between Spotify and Apple Music

Moreover, Apple hasn’t announced formally the bitrates that the song streams in your device, but the songs that saved locally are around 256 kbps AAC files and then the same format as the tracks purchased from iTunes.

The songs that streams in Spotify have segregated into three different rates they are ~96 kbps, ~160 kbps and ~320 kbps but all the songs are available in the Ogg Vorbis format, where highest calibre is limited for all the paid Premium subscribers.

Then the overall report says suggest Spotify is tested as an expensive lossless audio quality format tier, so we have to see some other confirmation to use it.

Comparison of Special Features between Spotify and Apple Music

The Spotify streaming service has the most compelling feature is user-specific Discover playlists, in the beginning, it shows once in a week, but now it shows daily, which is quite useful for music lovers to discover new tracks. Likewise Apple Music has similar sections called My New Music Mix, but mostly the peoples seem to wonder about the thing that they learnt from Spotify.

The Apple Music streaming device has featured curated playlists from the music discovery, then its Beats 1 online radio station and it is the perfect destination for artists to debut new music. Here it will stream the big moments and the interviews that typically happens on the Pharrell Williams’ OtherTone show, Q-Tip’s Abstract Radio, DJ Zane Lowe’s regular programming and Drake’s OVO Sound program and Drake’s OVO Sound program.

The Spotify takes on a radio station, and it will generate the playlists automatically and it generated by selecting the artist or song. The Spotify app will come out ahead on a social sharing, with its Facebook account integration and it allows you to track each other’s listening habits, with that, you can send links to songs. Then the Apple Music has become more social when iOS 11 comes out, and it works easily.

The most special features of the Apple Music is the iCloud Music Library that allows all the MP3 collectors to access all your libraries of rare tracks whenever they go. The service originally rollout and was hampered by collection-distorting bugs. Then the application is currently quite useful features is quite helpful and the service is quite stand out from the pack. Here both the Spotify and Apple Music apps were trying to deliver the non-music content.

Comparison of Design between Spotify and Apple Music

Now they have redesigned in iOS 10, here the Apple Music has a bright aesthetic focus on big pictures and the blocky text, and it is quite easy to read. The Spotify stayed a pat over the years as many love it the songs like now-signature black and neon-green aesthetic.

Comparison of Value between Spotify and Apple Music

If you do not want to pay for streaming music where you are OK with ads, and the Apple insistence not having a free plan and it will keep you using Spotify. All the new users can try Apple Music for free for just three months. The Spotify offers a similar three months for 99 cents trial, and then you need to subscribe. Here Spotify increases the advertisement to the users; it has new Sponsored Song feature that currently in public testing. Here you can record labels to pay features in the space above the playlist.

Spotify VS Tidal – Which is the Best Music Streaming Service?

Apple TV vs Roku – Which is the best media streamer?