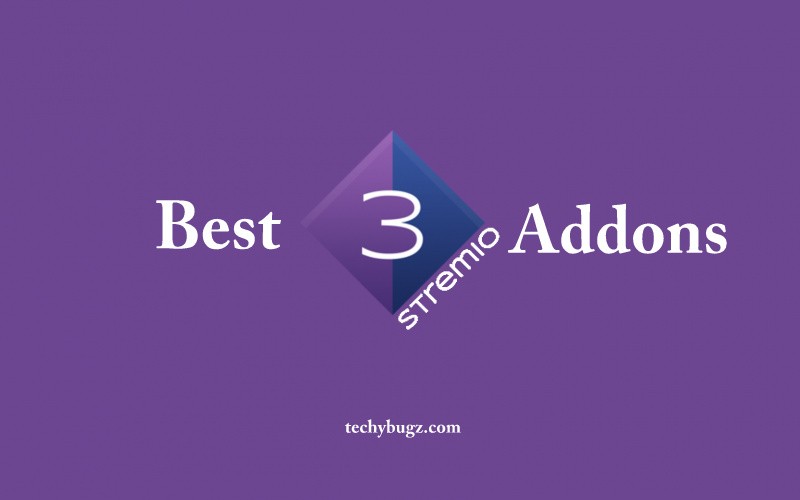 Stremio is the hub for video content aggregation. You can discover, organize, and watch videos from all kinds of sources on any device that you own. Stremio allows you to watch Movies, TV Shows, Series, Live TV, and more. It is one of the largest video aggregations on the market. This app supports all the major operating systems. Stremio is similar to the Kodi media player. Like Kodi, you can install addons on Stremio. It has an enormous amount of Add-ons, which provides you with plenty of content to watch comfortably. The following are the best Stremio Addons that allow you to watch your favorite video content at ease.

Netflix is the most popular video streaming service that is used by millions of people all over the world. It is a subscription-based service that includes video content in different languages. With the Stremio Netflix addon, you can watch the Netflix shows without any buffering. It allows you to watch all the Netflix Movies and Series at high quality.

DTube is now available on Stremio. It is the decentralized video streaming platform that is linked to the STEEM blockchain. The DTube is a great alternative to YouTube, and it enables users to watch, comment, upload, and share videos easily. Like YouTube, it also helps users to earn money in the form of cryptocurrency. You can easily monetize your videos with the  blockchain.

Open Subtitles is the official subtitles add-on from OpenSubtitles.com. By using this addon you can get subtitles for almost all the Movies and Shows. It has a huge collection of subtitles for plenty of movies. With this, you can watch different language movies and TV series without any hassle. This addon is legal and completely safe to use.

As you all know, YouTube is a video streaming service that is available on all platforms including Stremio. You can watch your favorite YouTube channels ad-free and it also notifies you about the arrival of new videos. YouTube Addon is the best way to watch YouTube videos without any interruptions.

RARBG addon is the stremio integration of the RARBG torrent website. It directly fetches the media content from the RARBG website. It is broadly considered the best torrent site for videos and TV shows. In addition to movies and TV shows, it also includes torrent files of different games.

Popcorn Time is one of the best free streaming services available in the market. By installing Popcorn Time Addon on Stremio, you can watch movies and TV shows at high-resolution quality. With this addon, you can also enjoy unlimited Movie and TV Show that streams directly from the torrent websites such as YTS and EZTV. In addition to streaming, you can also download the Popcorn Time videos and can watch them later.

The PirateBay Addon allows you to access the entire database of the popular torrent website PirateBay. This addon is similar to RARBG and Juan Carlos. Without downloading the videos, you can directly watch all the content through this Addon. PirateBay is one of the best Stremio addons to stream movies and TV shows.

Mixer Stremio Addon enables you to watch live streams from Mixer.com. It also shows the list of persons, you are following. You can easily know who is currently live on this addon. The neat and simple interface of this addon allows you to navigate easily.

Zoogle Stremio Addon enables you to watch movies and series that are indexed by the Zoogle from KAT, RARBG, YTS, MegaTorrents, and other torrent trackers. This add-on updates the video contents frequently.

Ex Addon is a handy add-on, that provides a few public domain movies. It allows the users to stream a wide range of movies that are available in the public domain. Using this add-on, you can stream old classic movies for free.

These add-ons let you watch more than 500 IPTV Channels live on your system when you install the below-mentioned Stremio add-ons. Some of these channels may be geo-restricted which means that you need the Stremio VPN to bypass geo-restrictions.

FilmOn is the official Stremio Addon that features around 600 TV Channels, documentaries, 45,000 free Movies, and many more. It further features social television for free which is far from other Stremio Addon features, currently available.

FilmOn VOD is another on-demand service that is available on Stremio. It provides free movies, TV Shows, and Live TV channels for no cost. But it only includes old movies and TV Shows due to some copyright issues.

Twitch is a streaming service that includes mainly live sports, games, music, and much more. It is the best place to stream live videos. It is supported on various platforms including Stremio By installing this addon on Stremio, you can watch all your favorite sports events for free.

How to Install Addons on Stremio

1. Launch Stremio on your device.

3. Click the three dots icon or hamburger icon displayed at the top and select the Addons option from the menu.

4. Tap the option All and select an addon to install on your device.

5. Now, hit the option Install to download the addon on Stremio.

1. Is Stremio Safe to Watch?

Yes. Stremio is safe to use. However, while streaming the unofficial addons, make sure to use a VPN with it.

2. Can I install Stremio on Firestick?

Yes. You can install Stremio on Firestick using Downloader or ES File Explorer.

How to Cast Safari Browser to Chromecast [2 Ways]