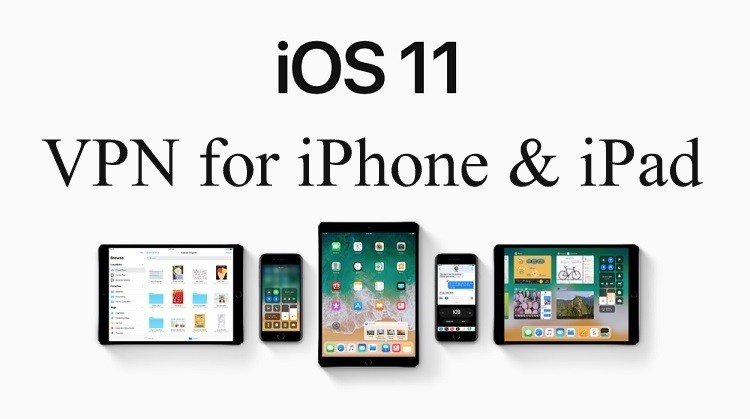 Apple’s iPhone is widely regarded as the stable and secure smartphone, but that is not to say that the iOS doesn’t have its own issues on its security and privacy, specifically in today’s hacking and security breaches. Even Apple’s App Store is not without its own share of Evasive apps, In terms of harmful activities, the argument that iPhone users have less to worry than other users certainly has some merit. It doesn’t mean that they should be too pleased with themselves. Using one of the best VPN services ensures you to retain your digital privacy, while also allowing for the other neat features like accessing geo-restricted content and circumventing censorship. Apple’s designers created iOS to emphasize security from the ground up. It’s widely regarded as the most secure and widely used operating systems.

VPN is a service, which makes sure that your data is protected and your internet security too. You can encrypt your data and you can access the web through a web server. Your device can’t be seen on the Internet. You can protect your data from the lax data protection laws. You can access your home or work network. VPNs are now commonplace for accessing the Internet safely. In Indonesia 41percent of Internet users use the VPNs, Thailand has 39 percent, Saudi Arabia has 36 percent, The UAE, Brazil, and Turkey. In China 649 million internet users, 29 percent uses VPN, which is approximately 190 million people. VPN usage is growing across the world. Using a VPN you can bypass the location-based restrictions in no time. This thing is the biggest use of VPNs, by connecting through the server in another country you can be able to use the services which are not normally available outside the country. You can also gain access to the US Netflix from the UK, or BBC iPlayer forms the US.

Apple makes it easy to set up the VPN client which supports the PPTP, L2TB, and IPSec. If your company has the private intranet that you need access to them while on the road. The Virtual Private Network or VPN is the service, which creates the direct connection from your iPhone to another network. Some businesses have an internal intranet which can only be accessed while you are on location. The VPN can create a secure connection by rerouting the connection on that location. It is highly used when logging on to the public Wi-Fi. It will direct you to the different end-point so that you won’t be seen as using the public network. There is a lot of VPN applications available for iOS, you can use that app in iPhone and your iPad devices, without any hassle. The VPN hides the IP address of your iPhone, which keeps your privacy is secure. With these VPN apps, you can protect your online privacy from losing the online identity while using the public Wi-Fi hotspots at airports, coffee shops and hotels.

Related: How to Setup and Use VPN on Android?

How to Setup and Use VPN on iPhone & iPad

Just follow the steps below to know how to use VPN on your iOS devices.

Step 1: Open the App Store on your iPhone/iPad.

Step 2: On the top of the screen you can see the search box.

Step 4: Now the specified VPN and its related applications will be displayed on the screen.

Step 5: Just tap the VPN, which you wish to install and then tap the install button to start downloading the application.

Step 6: After downloading the application it will be directly installed into your iOS device.

Step 7: Now you can launch the application by simply tapping the app icon on the screen

Step 9: Now you can provide your details to register it with your mail id. The registration may differ from application to application, Some of the apps doesn’t require any registration.

Step 11: The app interface lets you connect to the different servers easily with a single tap.

VPN for Netflix | How to Setup and Use VPN on Netflix?

VPN for Android | How to Setup and Use VPN on Android?